The Fundamentals of User Experience

What is User Experience?

If you ask any number of User Experience (UX) designers this question, you’re likely to get answers that vary. It’s like defining the word “design” and everyone is going to have a different answer based on what they do, what they work on, who they work with and things like that. So, the best place for us to start on this topic is where it came from. The term itself was coined by a designer named Don Norman in 1996 while working at Apple. He coined the term in an internal memo and he was talking about these new procedures he was trying to do for his Human Interface team. They were trying out these new processes, which were kind of a blend of various techniques that people were doing and he needed a big term that encompassed all of them called – User Experience. These new processes were outlined in several documents called “User Experience Requirements,” and if you read these documents you’ll note that they are written from the user’s perspective. The team would outline problems and needs of the user and would list out the things they’d like to try to make it easier for the user, as opposed to listing the things the team wanted to build and the features they wanted to add.

Don Norman, who coined the term, was quoted saying “I invented the term because I thought human interface and usability were too narrow. I wanted to cover all aspects of the person’s experience with the system including industrial design, graphics, the interface, the physical interaction and the manual.” The next part of the quote is very telling of how the term has become a buzzword, too often used. “Since then the term has spread widely, so much so it’s starting to lose its meaning. User Experience, human centered design, usability, all of these things, even affordances, they sort of all entered the vocabulary and no longer have any special meaning. People use them often, without having any idea why, what the word means, its origin, history or what it’s about.” This answers the original question “What is User Experience?” and explains why there are so many different answers. He’s right, unfortunately, that it has become a buzzword that many people and companies use to simply sound like everyone else. 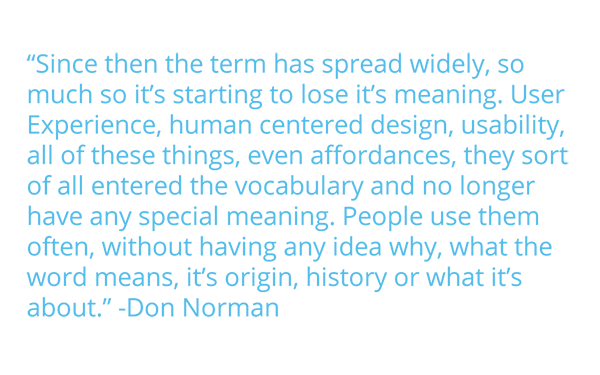 User experience is how a person feels when interfacing with a system. The system could be a website, a web application or mobile software and, in modern contexts, is generally denoted by some form of human-computer interaction. Those who work on User Experience (called UX designers) study and evaluate how users feel about a system, looking at such things as ease of use, perception of the value of the system, utility, efficiency in performing tasks and so forth. UX designers also look at sub-systems and processes within a system. For example, they might study the checkout process of an e-commerce website to see whether users find the process of buying products from the website easy and pleasant. They could delve deeper by studying components of the sub-system, such as seeing how efficient and pleasant is the experience of users filling out input fields in a web form.

Why is User Experience so important?

With so much emphasis on user-centered design, describing and justifying the importance of designing the user experience is almost unnecessary. We could simply say, “It’s important because it deals with our users’ needs — enough said,” and that would probably be a satisfactory answer for most. However, if you look at the software design industry prior to user-centered design, you would find that things were done quite differently. Before clients and the design community understood the value of user-centered design, we made design decisions based on just two things: what the “designer” thought was awesome and what the client wanted to see. We built interaction based on what we thought worked — we designed for ourselves. The focus was on aesthetics and the brand, with little to no thought of how the people who would use the website would feel about it. There was no science behind what we did. We did it because the results looked good, because they were creative (so we thought) and because that was what our clients wanted. With the dramatic change in thinking brought on by User Experience Design, the applications that have consistently stood out were the ones that were pleasant to use. The driving factor of how we build applications today has become the experience we want to give the people who will use them.

UX Design is not “One Size Fits All”

As human beings, we’re all different. With that being said, a specific user experience design won’t work in every situation. What works for one person might have the opposite effect on another. As a User Experience Designer, you’re trying to make the software as easy to use as possible while feeling natural to the user and make the user feel in control, not the other way around. The best we can do is design for specific experiences and promote certain behaviors, but we can’t manufacture, impose or predict the actual experience itself. It is imperative while going through this process that you take every factor into account and develop a hierarchy to hone in your focus on the aspects of your software that need the most attention. Keep in mind that your target market, platform, graphic design, desirability, credibility and a variety of other factors can influence how someone feels about your product – directly affecting their user experience. 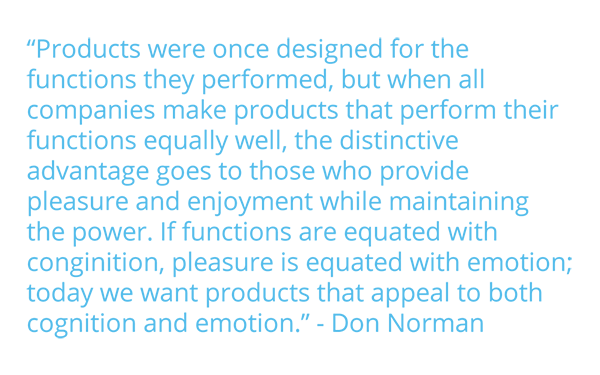